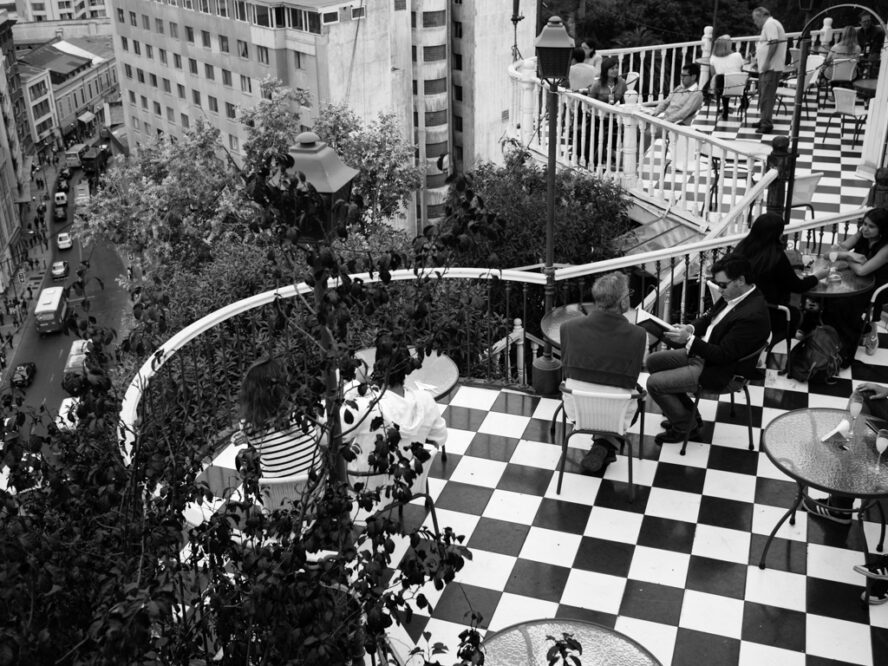 “Did I tell you about the time my Pablo was trapped, hiding in this house after the War, those days of the Ley Maldita…” The lilt in Gina’s voice triggered something in her patient, with the siren song of memory tugging at her, and the mood lightened.

Only for the hundred seventeenth time, Gina sighed to herself, smiling at Señora Carmen, letting the older woman continue as she turned up the heat underneath the pot that would boil their crawfish. It was a poor substitute for curacha—those beautifully dense coconut crabs. But no one would be the wiser, especially with the aligue sauce she would lavish on tonight’s meal. It was one of those signature dishes she learned to make back home with her abuelita who was once the head cook at Alavar. Something she perfected with the other fare as she learned to feed her daughter by herself. A repertoire that flourished until the board results came in and her overseas placement was secured.

Seafood restaurant Alavar in Zamboanga, southern Philippines is widely known for its curacha. A cross between a large sea crab and a spiny lobster, the bright red curacha retains its colour even after its cooked. It has a stronger flavour than traditional crabs, and its meat is mostly found in its body instead of its claws. (Photo from Alavar.)

With the lean crawfish turning bright red, Gina lowered the heat and returned to the story. Señora Carmen was at that point where she reminisced about dropping everything in her life to follow her lover. She sailed alone with nothing more than a trunk of clothes, a purse-full of jewellery, and a wellspring of love. All to rendezvous with Neruda while he was in exile. 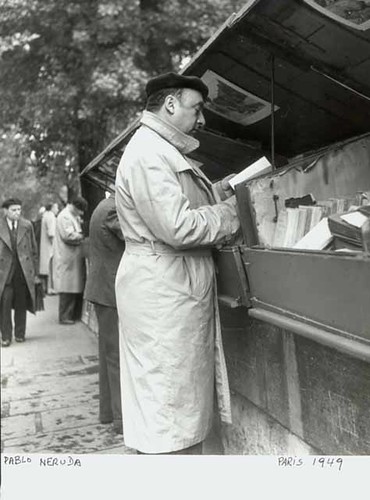 Decades before Pablo Neruda was awarded a Nobel Prize for Literature, he was exiled from his native Chile due to his politics. He was recalled from a diplomatic post then served as a senator, but his staunch communist beliefs increasingly made him a problem for the right-wing state. (Image by santiagonostalgico from the Museo Historico Nacional is licensed under CC BY-ND 2.0)

Her voice agitated as she recalled how she supported them both by hustling for gigs at the jazz clubs, after the haughty operas houses had turned her down for just being barely mestiza. How there, in the din of the left-overs, cigarettes, unwanted advances and sleepless nights, she had lost her nerve. She said she felt, in all that, ever the exile and pariah. And as she sighed, Señora looked fondly at Gina from afar, who was seemingly entranced by her shop-worn tale.

It was at that point in her life that she noticed how her curves, spunk, and desire for life had waned. Shortly thereafter, so did her Captain’s ardour as he moved on with his insatiable, unforgiving appetites and pursuits. “The rest is history—the world’s, and mine,” Señora Carmen liked to say, as she shook her head back into the present as her corpulent body seemed to shrink from the retelling. Then she grew silent once more, looking out the window into the empty street below.

Gina nodded back, fatigue creeping in as thoughts turned to her child back home, now with her own abuelita and absentee husband taking more than his share of the remittances. Money that was spent, no doubt, on cockfights and mistresses and God knows what else. She planned to give herself extra drops of that magical-realist oil from Jaime. She planned to have a healthy dose after serving it with the churros con chocolate to her Tia Mameng, whose appetite had returned after a long bout of recovery.

So far, she still felt lucky: her patient hadn’t had an episode since the operation to remove over a foot of her lower intestine a year ago. And it was certainly better than serving at the ER or a COVID wing of the Servicio de Salud, just half an hour’s commute below, where she was originally assigned until the Gonzálezes intervened with the agency on behalf of their matriarch. Short enough of a distance to call for an ambulance there if Señora Carmen’s bowels wouldn’t cooperate, her cancer would suddenly return, or an accident would occur with her burgeoning weight and weaker limbs. 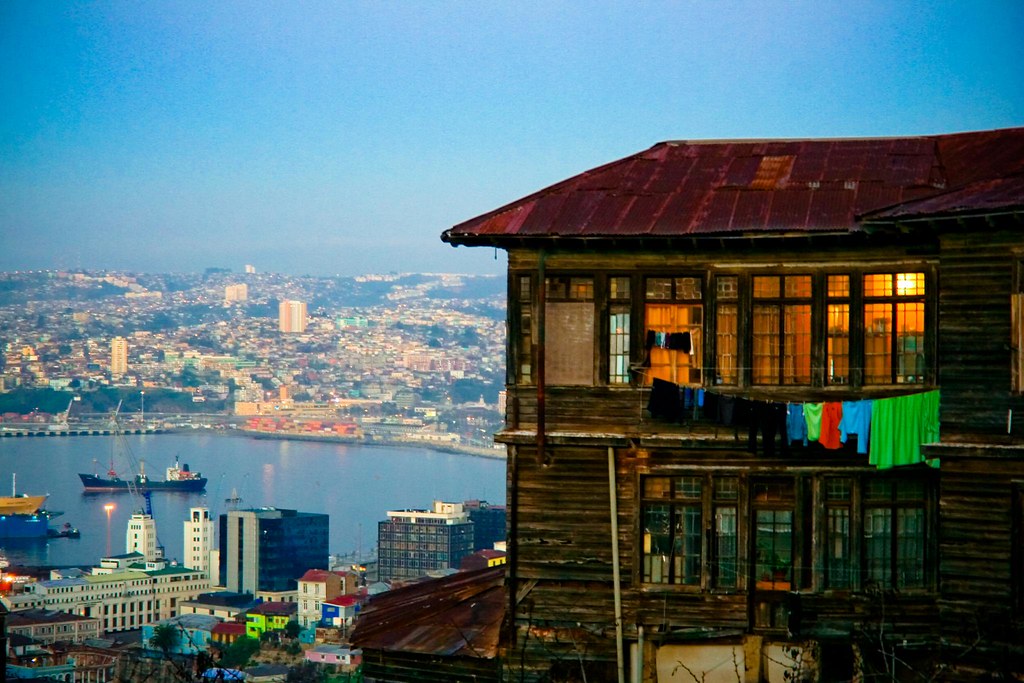 Tonight, the gales from below howled stronger and now reached the awnings of the old house. Large, piercing droplets of rain began to fall on the roof shingles of the house. But Gina knew they were safe and would celebrate to health and the good life that remained.

The dinner was uneventful and pleasant enough, with Gina thankful for the consolation of not having to make too much of a mess with the crustaceans as opposed to the unwieldy, complex anatomy of Pinoy coconut crabs. Both she and Tia Mameng devoured every morsel of flesh, rice, and sauce on her dainty, now splattered ceramic plates, and all with the help of copious amounts of local Sémillon from the Alto Maipo. 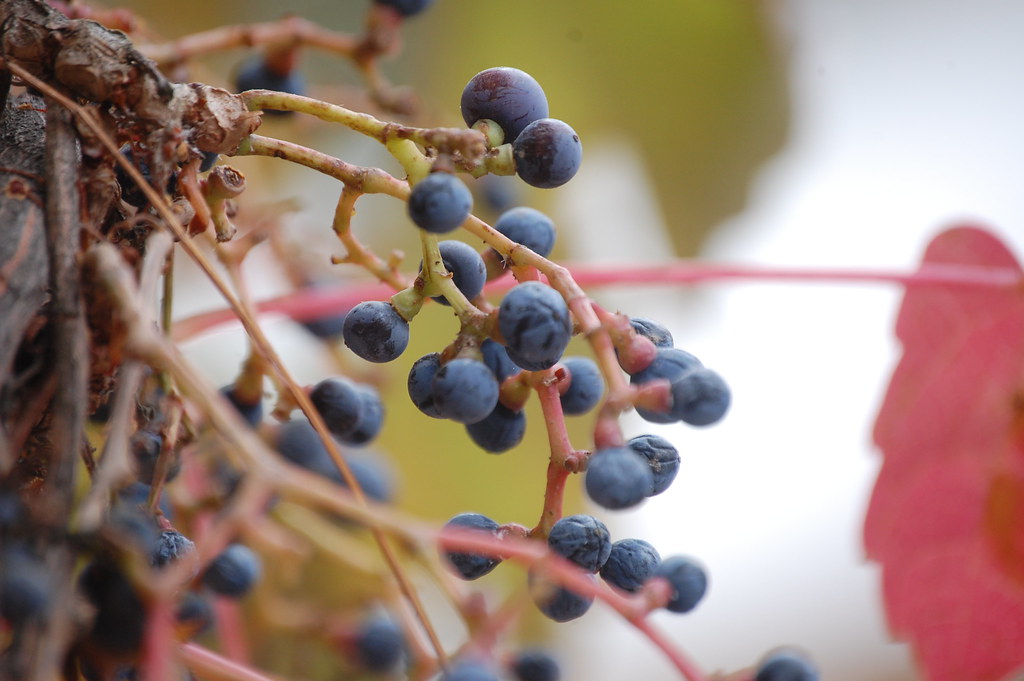 For what’s considered a ‘New World’ wine, the Chilean wine region has a long history. The Spanish colonizers brought the first grape vines with them in the 16th century, and French wine varietals were introduced in the 1800s. From 12 wineries in 1995, Chile now has 800 and is the 5th largest wine exporter in the world. (Image by Carlos Varela is licensed under CC BY 2.0)

Señora Carmen was splayed out on her wooden throne, overwhelmed by the food, her mottled skin flush with grape. Gina would soon get her ready for bed, and as she looked outside at the drenched, darkening streets while rinsing the dinnerware, she felt a sudden lilt. With all the exhaustion, and shorn of all the filters and barriers she wore outside, a strange but familiar sense of desire remained. And with tonight’s generous helping of wine, she was determined to tell her patron all about it.

“Tia Mameng, do you know Jaime, who gives us those magic potion drops? Well, he just told me that he was leaving his wife and he wanted to be with me… Me!” Gina sighed.

“Be careful, m’hijita, we have been down that mirage, that lonely road, too many times.” Her patron’s voice suddenly changed: it was almost as if the room grew darker even as the storm announced its arrival.

Señora Carmen suddenly cut her off, looking out the window across the table: “I thought he loved me, but he just needed me to survive.  I could still recite all those poems by heart. The ones meant for me were easy to remember, but they left me empty, they were carelessly written, unpublished, all afterthoughts.  I know it wasn’t meant to last, claro, but I went along for the ride because I wanted to feel needed, even for a little while…” 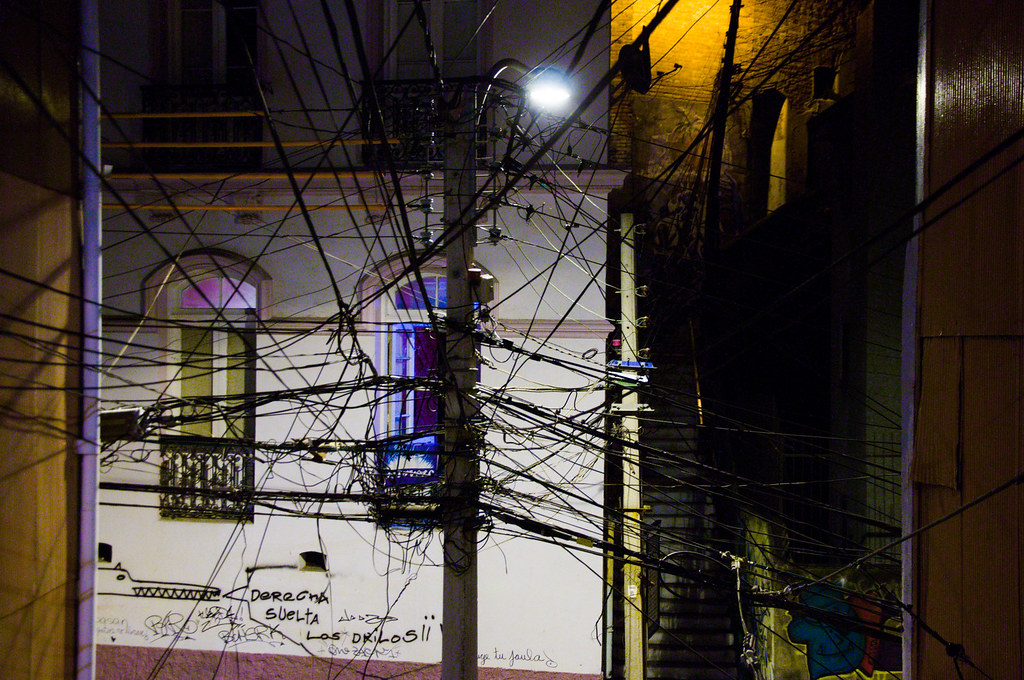 Pablo Neruda is one of the most influential and widely read 20th-century poets. He is largely remembered for his odes and love poems. His most critically acclaimed collection, 20 Love Poems and a Song of Despair, was only his second published work. He was 24 at the time of its publication. (Image by maltman23 is licensed under CC BY-SA 2.0)

“But this one, I remember… escucha m’hijita:  my favourite poem, listen to this!”

Gina tried to translate with her head, but it was her heart that listened:

Si tú no vives,
(If you are not living)

si tú te has muerto,
(if you have died)

todas las hojas caerán en mi pecho,
(all the leaves will fall on my breast)

lloverá sobre mi alma, noche y día,
(it will rain on my soul, night and day) …

She tried to look up to remember how it ends, to try to stem the tears.