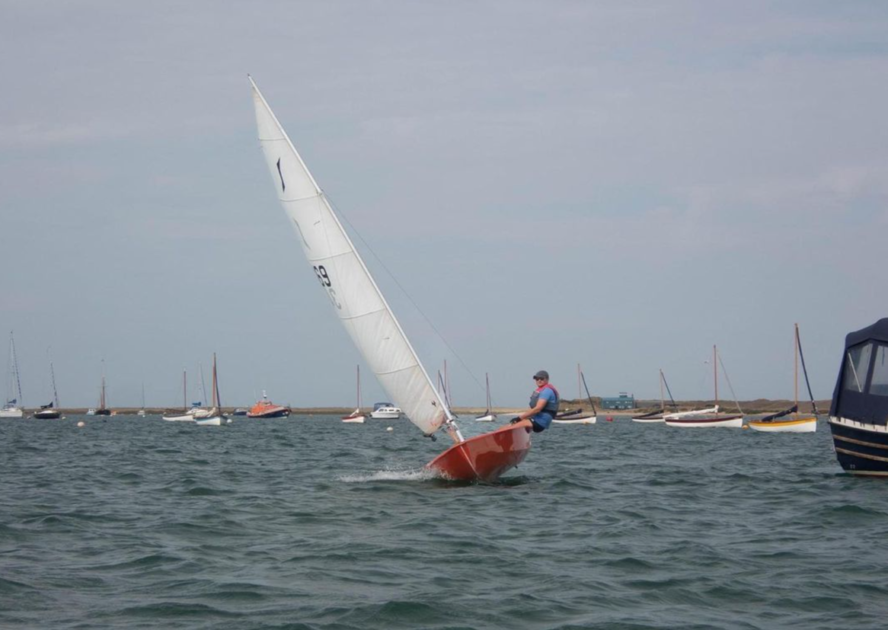 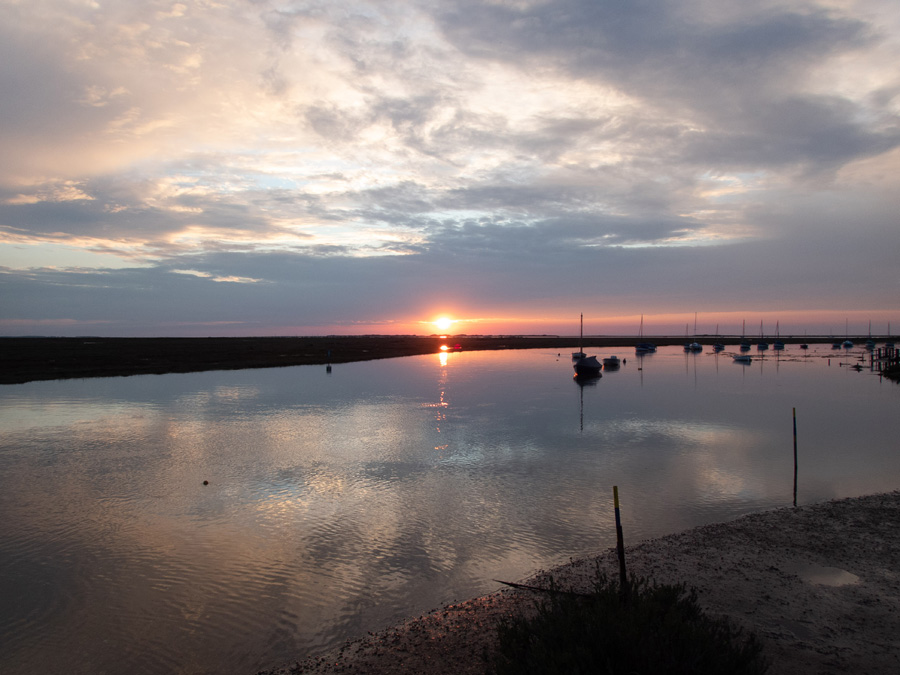 I was nine months old when I first went to sea.

The boat was called Zephyr, named by my grandfather after the light westerly wind that in his part of the world wafted over the farms, fields and marshes before it reached the sea. 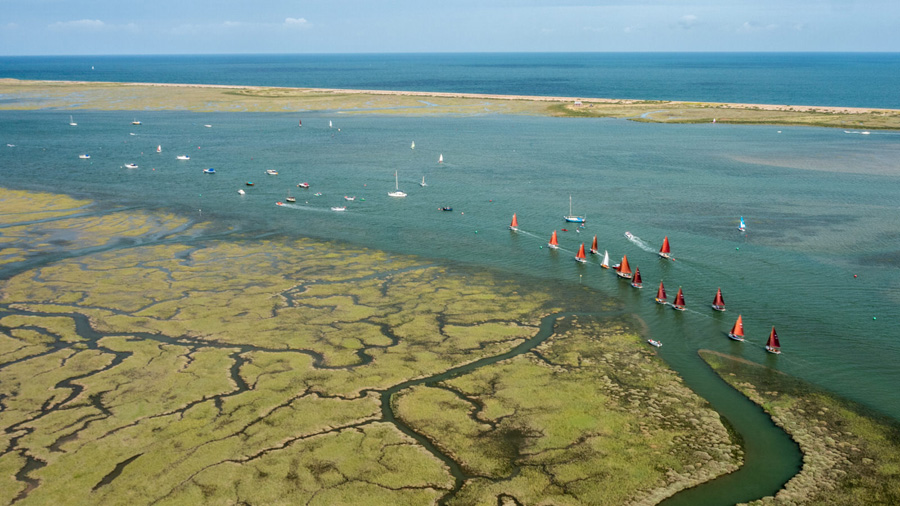 Zephyr was moored on a small muddy tidal channel in the village of Blakeney, on England’s North Norfolk coast. The dayboat, much like its windy namesake, was perfect for exploring Blakeney Harbour – a vast area of sand dunes, salty marshes and mud. When the tide comes in twice a day the harbour slowly floods turning this diverse topography into a single expanse of water.

A seven kilometre spit of sand and grass keeps back the fierce waves of the North Sea. 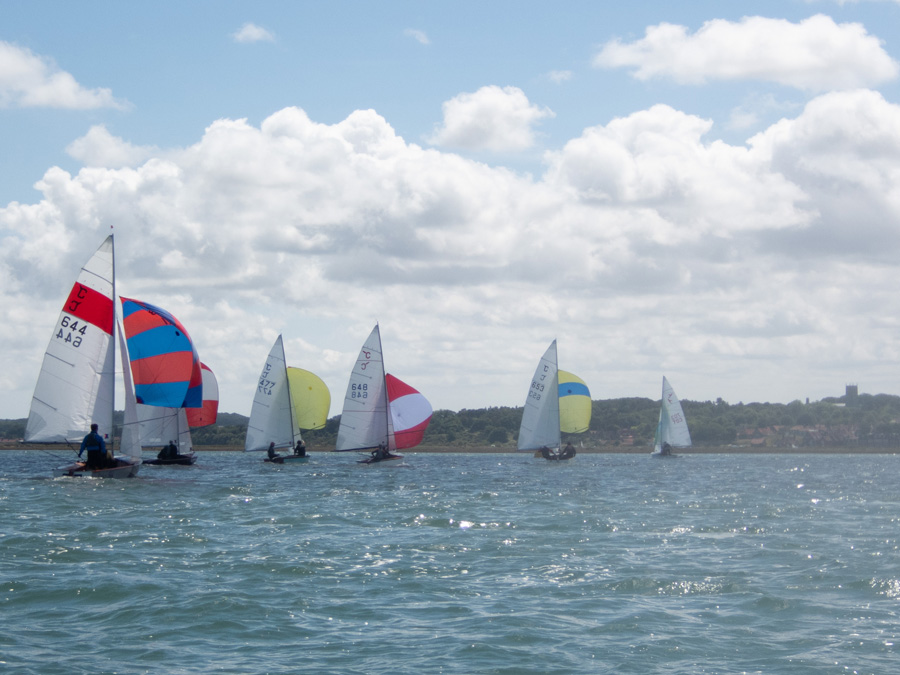 Small settlements dot the harbour’s shore, most with a long history of boating and boat building.

The Harbour & Its History

Three villages contributed warships to Queen Elizabeth I’s fleet during the war with Spain in 1588. In gratitude for their help defeating the Spanish Armada, Elizabeth designated Blakeney, and the surrounding areas, a free harbour. No fees or taxes were to be collected from seafaring locals. The law still stood when my grandfather first moored his boat up in 1988, the year I was born, and it still stands today.

The author on an early outing.

My grandfather, after whom I was named, took me onboard as cabin boy from the moment I was old enough to don a little red life jacket. It had an inflatable collar to keep my face above water when I plunged into the sea. There was a strap around my gusset to keep the jacket secured, and a loop on the back of my neck, meaning I could be retrieved from the sea with a boat hook. I spent little time on my actual ‘cabin duties,’ and more time flinging myself overboard into icy water, before being hoiked out. We called it ‘man overboard’ practice. 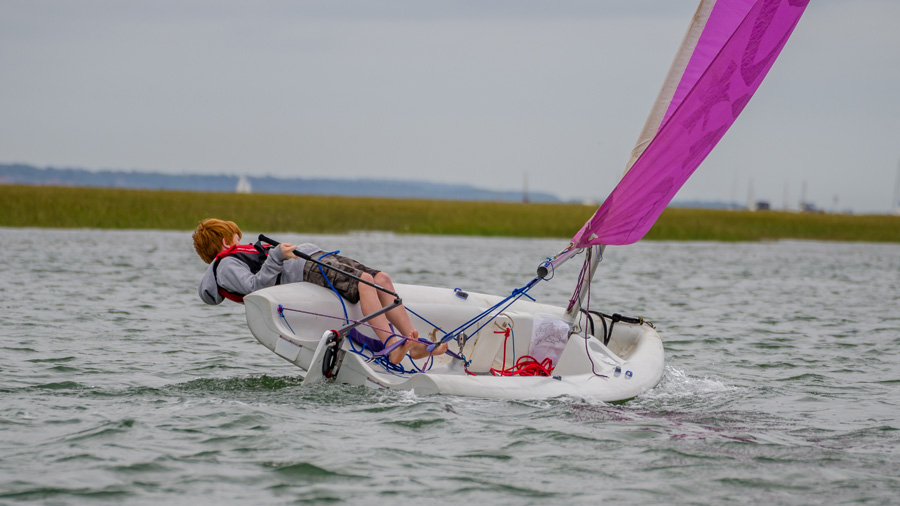 But when I reached the age of 10, my father, a keen sailor himself, decided I had gained enough sailing skills to skipper my own boat. He bought a second-hand Mini Sail. It was a simple, battered vessel made of fiberglass but it gave my first experience of being alone on the water, at the helm of my destiny.

I loved sailing as close to the wind as possible. I’d fill the sail to the point that the force pushed the mast past the vertical and the whole boat heeled over. I’d lean back to balance out the mighty force of the wind, barely keeping control. I piloted the boat across the water to a spot locals call Rat Head. The patch of sand was named so because it is where rodents scurry to escape the high tide – although, I’ve never actually seen a rat there. 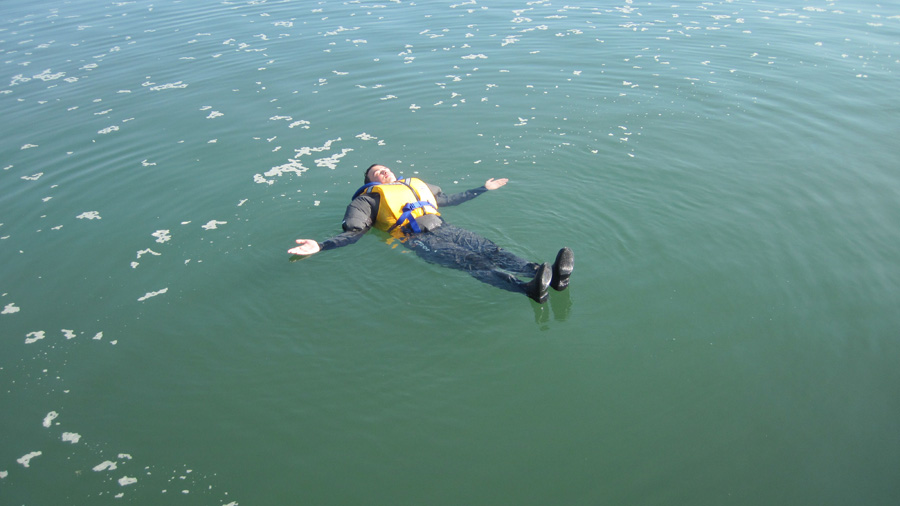 Often when out on my boat, I’d pull in my sail to catch even more wind, and go even faster. So much so that a slight gust would push my boat over completely. I would fly into the sea. It’s called capsizing, and I loved the shock as I plunged into the cold, salty water. The complete change in situation – from skipping across the sea, to suddenly being submerged, pumped adrenaline through me. I’d have to swim back to my boat, usually with an important bit of rope between my teeth, and clamber up on the hull and pull the boat back upright.

When I was a teenager, I crewed for my father in a two-sailed racing dinghy called a Javelin. It was one of the biggest boats in the village boat park, with huge professional sails, and always seemed to be a bit more than we could really handle. The Javelin made short work of our journey out to Blakeney Point – the end of the seven-kilometre spit where the protected waters meet the North Sea. 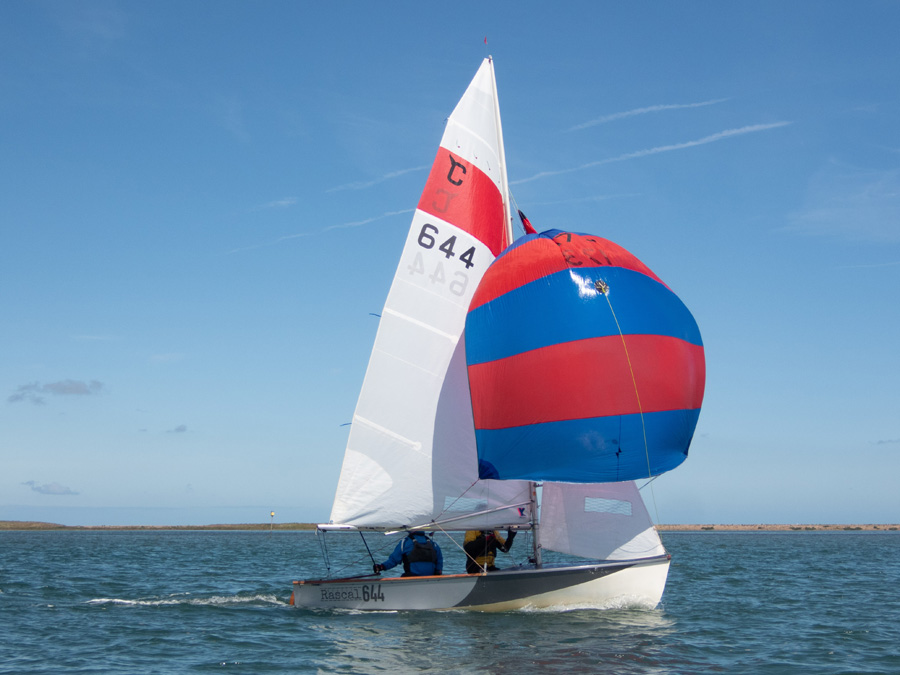 The Point is home to England’s largest seal colony. Playful and entrancing to watch, the seals would sometimes lumber off the sands into the sea and swim near our boat as we cut through the water. I was First Mate on board the Javelin my father helmed. One of my main tasks was to balance the weight of the massive sails. Wearing a harness with a ring above my belly, I’d hook myself onto a wire fixed to the top of the mast. Once attached, I’d push myself outwards, dangling on the wire so that only the tips of my toes remained in contact with the boat’s hull. 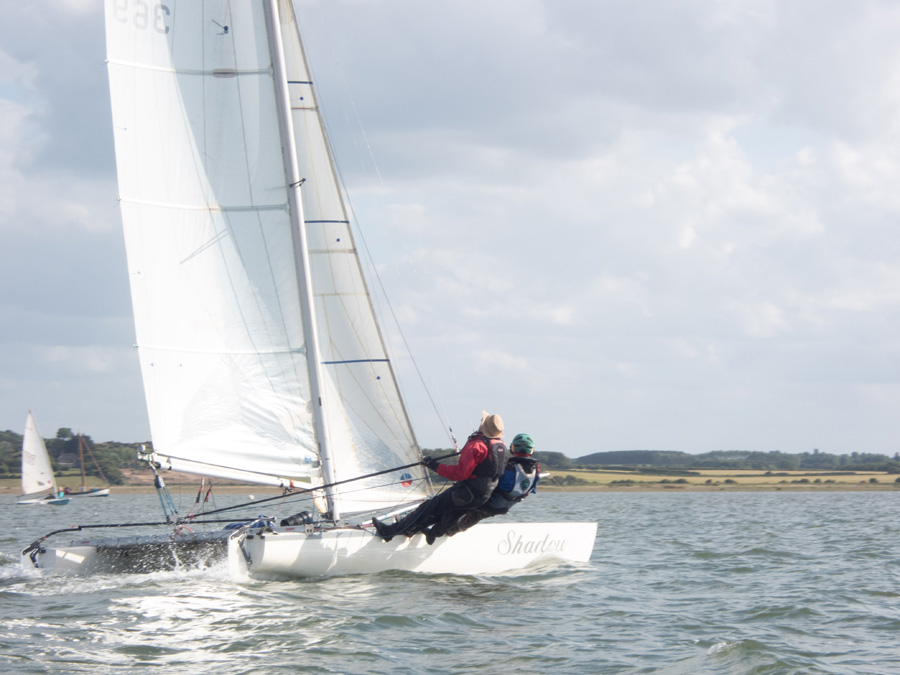 Suspending in the air and soaring above the sea – it’s the closest I will ever get to the feeling of flying. The deep blue (or more often than not dull grey) sea below me, and the wide open skies of Norfolk above. It was a delicate balancing act, and I was entirely at the mercy of my father, the helmsman, to keep the boat steady and on the same course. If the sails lost wind, and I didn’t swing myself inside the boat in time, I could drop backwards into the sea. If we heeled too far and my weight wasn’t enough to counter the force of the wind I would fall forwards – causing a dramatic capsize. 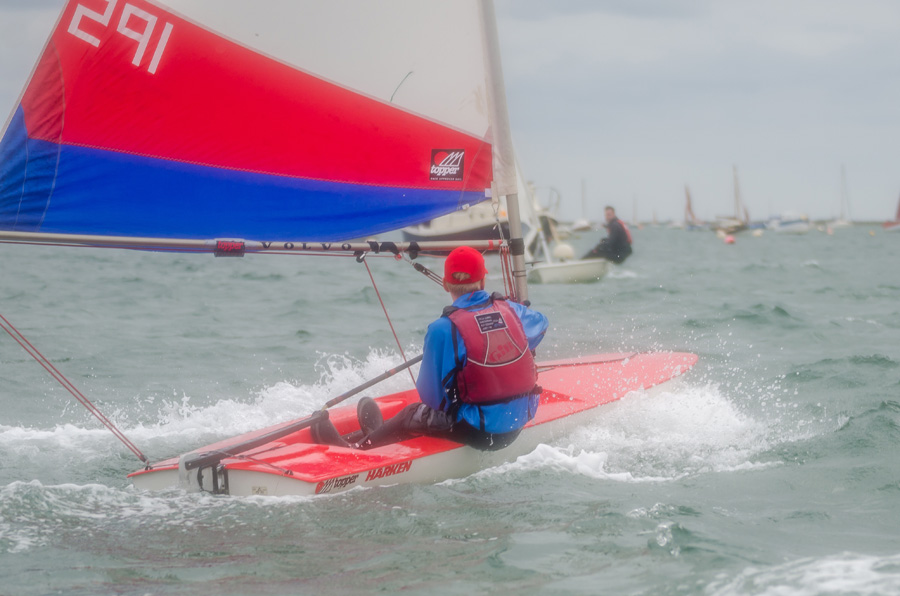 Those are the moments I love and remember most about sailing. The majority of them take place in the water and not on the boat at all. Testing the limits of what a boat can do, reveling in the small disasters that take place when it’s pushed it too far, the delicate balancing act required to see a vessel safely through waters – it can all seen as an allegory for life. We push boundaries, we challenge ourselves and experiment. This is how life is best lived. 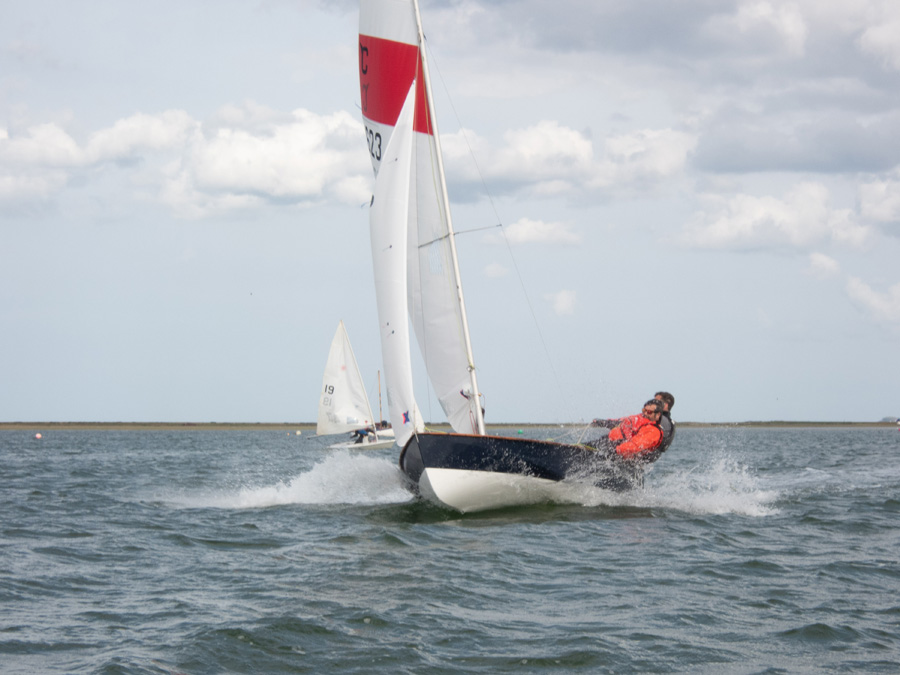 Sailing while unafraid of being outside the boat is like living outside your comfort zone. It is a space to learn and grow. Throughout history boats have been used to explore the planet, literally test new waters and journey over horizons. The very nature of their being tells us to live life on the edge. As American author John Augustus Shedd wrote:

“A ship in harbour is safe, but that is not what ships are built for.”

* * *
About the Author:
Rik Glauert is currently a reporter at Taiwan Plus. He was published previously in Nikkei Asia, Reuters, and South China Morning Post. When he isn’t out newsgathering, Rik can be found at sea, in search of the wind, at the helm of his destiny.

All photos are either from the author or Blakeney Sailing Club.