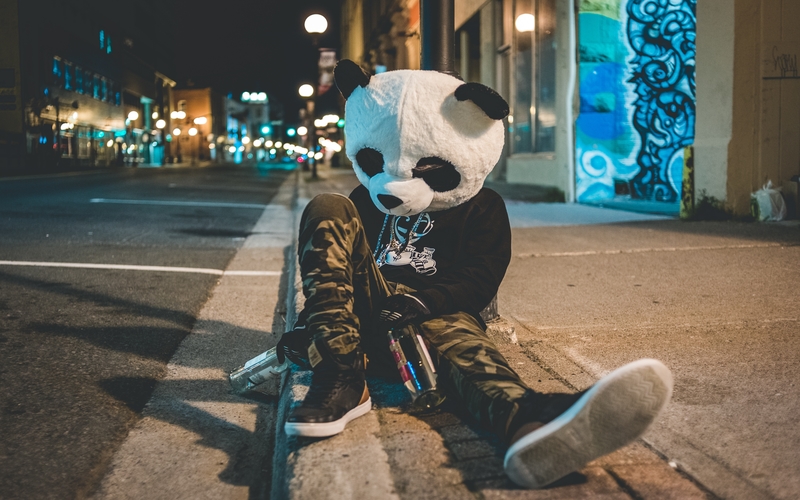 I was eight years old the first time I visited the United States.  I didn’t want to be there.

Italy was my preferred destination. I had just done a report on the country for history class and really really REALLY wanted to see Rome. The Colosseum.  Photo by Willian West on Unsplash.

Yes, I was an odd little child obsessed with Caesar and the Colosseum. My father was none too pleased.  He had a whole American adventure planned for the summer. It started in Vancouver and included a drive down the Pacific Coast Highway from the Golden Gate bridge in San Francisco to the San Diego Zoo.

Plus there was going to be a visit to the wondrous magical kingdom of Disneyland. The Magic Kingdom.  (Photo by Cody Board on Unsplash)

Except this child wanted to see the Pope in the Vatican and not Mickey Mouse in California. There is also a picture of me sitting on my father’s lap at Pier 39 — I was captured mid-gregarious laughing fit.  He was tickling me so I might look happy for the camera.

And I did look happy.

In spite of myself.

Aside from the memories conjured by those two photos, there is one thing that stands out from that trip that wasn’t captured by our instamatic camera. It couldn’t have been.

My father drove me up and down Doheny Drive in Los Angeles until I was ready to for him to stop. Searching for John Travolta.  (Photo by Roberto Nickson on Unsplash.)

What was on Doheny Drive?  The only thing that I thought I wanted to see in the United States — I read in a fan magazine that this was where John Travolta lived.

Aside from Italy, this eight-year-old was also obsessed with John Travlota. Go figure.

I loved the way he danced in Saturday Night Fever — although I was too young then to understand the film. (I still get goosebumps watching clips.)

And – of course – like the rest of the world, I adored him in Grease.

The Christmas before that U.S. trip with my parents, the Three Kings (also my parents – as I later found out) gave me the best gift ever. Underneath my small shoe which – as tradition dictated – I put out by our front door, the “Wise Men” left a giant poster of John Travolta.  It was already mounted and ready to hang in  my room.

And it was autographed.

The gift of the Magi made my year. (Almost as much as a trip to Rome might have.)

In Search of Travolta

Anyway – so, here we were on a trip of a lifetime and my father patiently drove his irritatingly sulky eight-year-old up and down Doheny Drive trying to look for an address that didn’t exist.

This is why after all the driving holidays my father later took us on (including – finally – a trip to Rome), this first one remains the most special.

Because it taught me that more often than not, the best parts of a journey are the things you find when you’re not looking. Driving with Dad.  (Photo by Juan Di Nella on Unsplash)

When I wasn’t moping about not being in Rome, I found I liked seeing the ocean from the back seat window of our rented station wagon.

I enjoyed discovering new places I hadn’t written reports about nor even knew existed.

Interesting places like a Dutch town in California, Spanish missions along the Pacific, or an Alpine ski resort in Canada.

I was happy to explore city gardens and fruit orchards, and try legendary fare at culinary stops like Pea Soup Andersen’s.

Often since, I have found myself in other places I did not want to be. But I no longer struggled against it.

I had learned when I was eight that it does no good to box yourself up in frustrated expectations or preconceived notions.

As trite as it sounds – happiness is indeed in the journey not the destination.

You never know what you might find when you open yourself up to the unknown.

Baby, you can drive my car

After my father died, I drove myself along the California coast retracing the journey he first took me on.

I understood then why he loved to take the family on long drives: there is a meditativeness to being behind the wheel.

I stopped at the places he introduced me to — and watched several sunsets on the crashing ocean.

At many points along the way, I cried like a child.

I also stopped to have Danish pastries, and pea soup.

With each mile, I gave thanks that my father was a fun-loving adventurer — who didn’t stop tickling his grumpy eight-year-old until she laughed and opened herself up to the unknown.

About the Author:
Marga Ortigas is a writer and podcaster who has worked for CNN International and Al Jazeera.