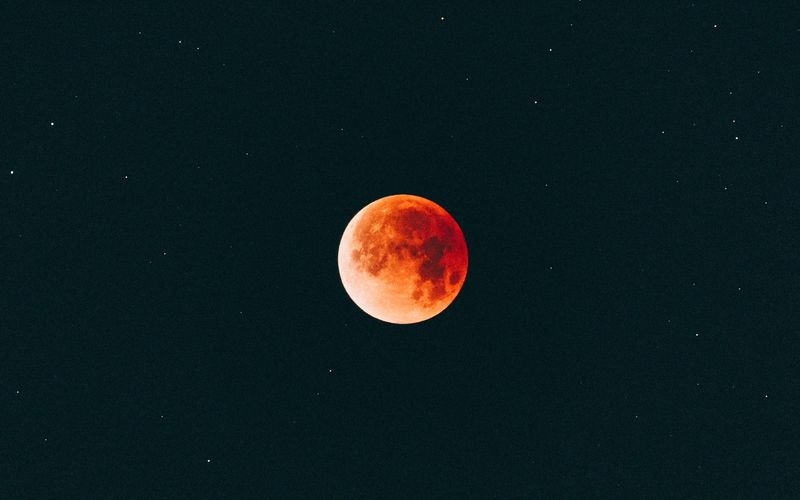 Yes — the planet Mars — seen from the banks of the Tigris river in what was ancient Mesopotamia.  Could anything sound more – poetic and ethereal?

It was complete and utter chaos.  No government.  No structure.  No electricity.  No security.  No water.  No – well, nothing.

I was there as part of a group of journalists covering the collapse of a country.

The desert at its worst.

Men at their vilest.

It was the summer of 66 — not the year, but the temperature in degrees centigrade.

It was sweltering.  It was thrilling.

It was frightening.  It was invigorating.

I remember it well. The night sky.  (Photo by Federico Beccari on Unsplash)

It was in August of 2003 that I first walked down Al Mutanabbi street – the heart of Baghdad’s literary history.  Just off the Tigris riverbank, near the city’s old quarter.  Where booksellers and story-tellers have gathered since the eighth century.

It’s been described as the city’s “third lung” — where the educated and students breathe.  Where anyone of any ethnicity felt safe.  Surrounded by the countless narratives of eternal civilisations.

The entire area was a living library — holding a wealth of stories that was centuries old.  Not just in the leather-bound books or dust-covered anthologies piled high along the rubble-coated roadsides — but in the fraternity of old men sitting in traditional coffeehouses and teashops.  Their rugged faces — weary, wise, and undefeated.  Noble and unbowed.  Despite the war around them.

I remember it still.

The old men — all writers — sat for hours exchanging anecdotes and memories, sipping chai underneath a ragged ceiling fan.

In the corner hung a rusty cage from which a tiny bird chirped an interminable song.

The heat failed to evaporate its spirit.

We spent those days running from one weather-beaten site to another.  Chasing smoke trails and cries of anguish.

The nights were full of horror and nightmares — dark evenings trimmed by curfew and punctuated by explosions.

In the morning, we’d awake to a reckoning.  The rudimentary circadian cycle of conflict.

To keep sane — many drank bootleg booze when they could.  Or smoked endless packets of smuggled cigarettes.

One night, there was a news alert about Mars — it would be its closest to the earth in nearly sixty-thousand years.  We would be able to see it from Baghdad.

So, after curfew, a handful of us made our way to the roof of our pock-marked, bullet-scarred hotel, and clambered among the satellite dishes and cables.

We weren’t supposed to be there — but we went anyway.

There was laundry drying in the cool heat of the summer night.   I think I also recall that.  But I can’t be too sure.

What I’m certain of is that there was a handful of us – and we climbed to the hotel roof to stare at Mars.

Reason’s in the Poetry

Honestly, I don’t know why we did it.  Maybe it was just to do something — unique.  Something –romantically memorable.   Something — ethereally different during a very ugly time.

We were in a beaufitul country crying out in pain — and we stood on a rooftop to look at the stars.

“Ancient Arabs had a lot of time to sit in the desert and gaze at the night sky,” our Iraqi colleague told me.  “It’s no surprise that many of the constellations have Arabic names.”

So, we were just doing as the ancient Arabs.

A mosaic of people just wanting to be part of the wonderful.  Of something greater that was outside of ourselves.

To feel for a breath like we were small.

To be put in our place.

We stared up at the sky then — and I remember seeing a small red dot and being – underwhelmed.  Except for the knowledge that this was the planet that represented the God of War, and we were in a country at war with itself and the world.

It was the poetry of it that I found rivetting.

I am such a fool. I recently asked my friend if he recalled that night — and he replied: “Of course!  It was right in front of our faces — so big!  It was – MARS!”

I don’t know which of us has been failed by our memories.

But what does it matter?  We each were gifted with the essence that we needed — and ultimately, isn’t that what living is all about?  Boundless souls finding meaning in the chaos — and seeing stardust in the rubble of our thoughts?

We saw Mars that night – and it made me believe in miracles.

There I stood — a young journalist who grew up in a tropical country — in the middle of the desert, staring up at the sky with the God of War looking down on me.  It was an evening I could never have conjured  up in my wildest literary dreams.

There we stood — this international tapestry of people — working for what was then the most watched news network, covering the top story of the time — on a rooftop in Baghdad, while the earth was closest to the stars.

Below us, the Tigris slid past like a crystal emerald snake in a dry field.

For a split second — a heartbeat — a breath — we had a peek at the the Infinite, and the solemn silence of the evening echoed a sacred secret: more things are possible than you might believe.

Marga Ortigas is a journalist, author, and communications consultant who has worked for CNN International and Al Jazeera.