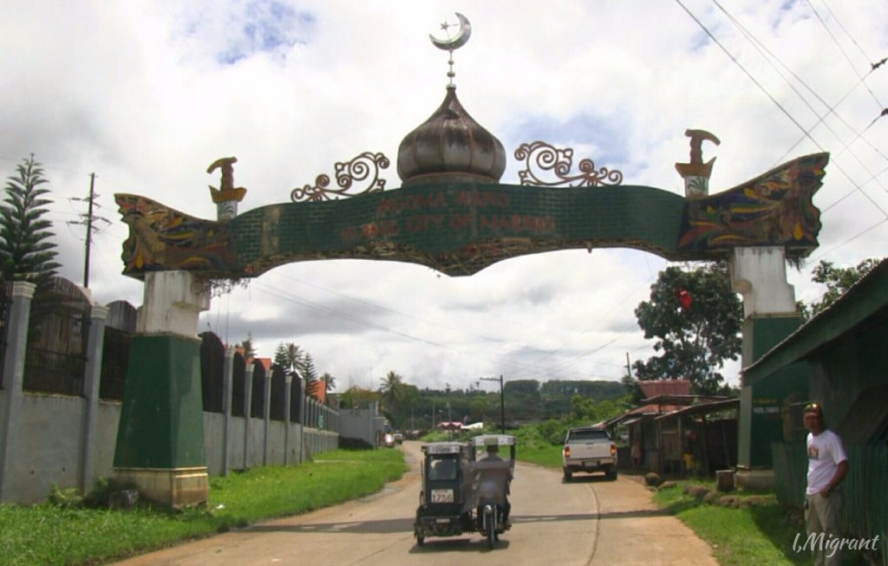 By the side of Lake Lanao strips of dodol hang by a thread
wrapped in cellophane and corn husks like body bags strewn together
loosely unlike the intricate ties that bind this city tapestry.
To get to the glutinous core, the plastic string must be cut,
the wrapper stripped of its belongings.
The wind dangles the delicacy in front of passersby
Sold on the streets under martial rule wrapped in golden threads
woven and designed under the crescent moon.
When eaten, the dodol is sweet and heavy and filling
until it settles into the dark underbelly of the willing buyer
– and like any other delicious offering turns into excrement clogging
temporary latrines in evacuation centres. Lake Lanao is among the world’s 15 “ancient lakes”; it’s carried water for over a million years.  There are numerous Muslim villages around its 340 sq.kms.  Marawi, the largest city, with a population of over 200,000, is currently under siege – a battleground for Islamic-State-linked fighters and government troops. (Photos: Angela Casauay)

Angela Casauay is an independent multi-media journalist who has worked extensively across the Philippines with both national and international agencies.