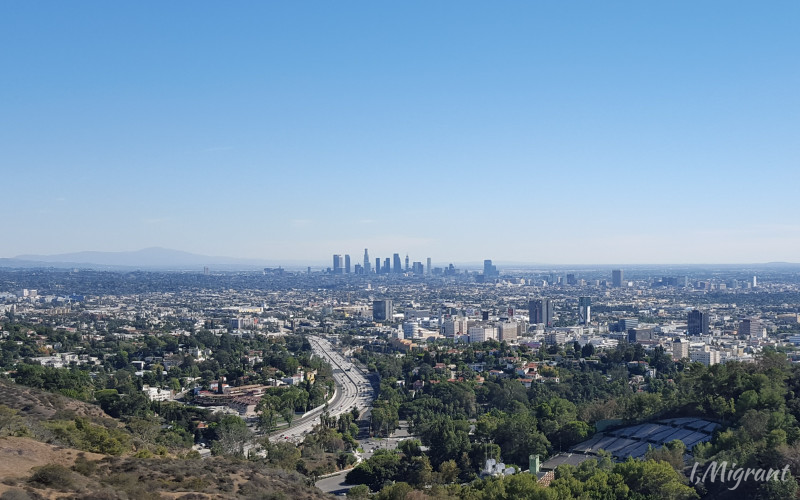 Every day, the unforgiving sun glares down on this city of dreamers.  It weighs, the brightness of the day.  Heavy with opportunities that many feel unable to claim.

There is no hiding your failings, or bruises, in a place without shadows.  And it isn’t easy to learn to lift your gaze when the light can blind even in the most hidden of corners. Walk of Fame. Hollywood Boulevard in the City of Los Angeles, capital of L.A. County.

Everywhere you look someone is planning their hit-in-the-making one-man show, writing their soon-to-be-best-selling manuscript, rehearsing their sure-to-come award acceptance speech.  Here, you are but another lost dreamer struggling to keep your optimism intact.  A cliché.

It is unapologetically a city of clichés.

The yoga addict carrying her rolled-up, pastel-coloured, mat confidently under her arm.

The bleach-haired hipster in over-alls and gold sneakers.

The skinny model-wannabe in a sequined t-shirt and barely-there, skimpy, jean-shorts.

The overly-built, perfectly-coiffed muscle man in the too-tight, pastel-coloured shirt, earbuds plugged securely into his phone as he gazes with steely intensity into the distance.

The lady-who-lunches striding by with carefully choreographed nonchalance; her pedicured feet stop and do an about-turn as she decides to stop for a mug of cold brew coffee at three in the afternoon.

Then, of course, there is the loud poser who strides by making declarations into his mobile as if he has swallowed a megaphone.  He is very important.  That is what he wants everyone around him to think as he talks inconsequential nonsense at someone on the other end of the line.

It is another weekday afternoon in Los Angeles where if people aren’t plying each other with bullshit, they are staring off into space trying to conquer self-aggrandised demons.

There is a certain silliness to this life of “dreams”. He is riffling through garbage bins when I spot him.  He turns slowly, and looks at me like a cat caught hunting for prey.  There is no expression on his weather-beaten face.  No shame.  No anger.  No sadness.  Nothing.

He looks directly at me – and resumes riffling through the bins.

Rogelio is forty-three-years-old, and came to the States three months ago from Mexico.  His Latin movie star name contradicted by his untamed beard, tattered baseball cap, and threadbare clothes.  Ahead of him, he pushes a shopping trolley full of plastic bottles, glass, bits of wood, and paper.  Anything he can sell for recycling.

Rogelio tells me openly that he crossed into the US on foot, three months ago, through Texas.  Like a shared secret.  He thinks I am Colombian – I correct him, but it doesn’t seem to matter – I stopped to talk to him, so he will happily talk to me.  The Spanish language creates a strong sense of commonality here.  It almost, inevitably, makes you part of a different layer of LA society.  Those that speak it help each other out when they can – and they keep each other’s secrets.  For the most part.

So, Rogelio tells me it isn’t the first time that he’s walked across the border into the States.  “But it has been getting harder,” he says.

In Texas, he did odd jobs to earn money, and then, slowly, made his way to California.

Why LA?  “Because there is loads of money here,” Rogelio says, “there will be jobs.”

That is the extent of his dream – to earn money.  To find work.

“Anything, really.  I can tend gardens.  Work outdoors…that kind of thing,” he trails off.

Rogelio appears to prefer to work alone so as not to have to speak.  He doesn’t know English, so he stays away from “kitchens and restaurants and such” because it unsteadies him to be around people who do.

Here, he feels, there are opportunities.  Regardless of language, and his current punishing, unwashed, reality. The iconic Hollywood sign looks over the most crowded city in the U.S., with a population of over 4 million.  (Source: US government)

“Home”, for Rogelio, is one of the many cardboard camps tucked along the side-streets of “Merloss”.  His word for Melrose Avenue.  The bustling, commercial lifeline that courses through the heart of Hollywood.  He sleeps, when he can, under blaring neon lights and the iconic HOLLYWOOD sign.  Just one of almost sixty thousand people without permanent homes in Los Angeles county; more than half of them – in the City of Angels.

Their number is up more than 20% from last year.

“Staggering”, according to local officials who say they’ve been doing their best to find a solution.  The only US city with more homeless people is New York, which also has a larger population in general.

Most of those without homes are African American.  Latinos are next.  There are also a growing number of military veterans living on the streets, pushed out of the housing market by sky-rocketing prices.

Rogelio says he doesn’t know how long he will stay in LA this time.  If he doesn’t find work soon, he may return to Mexico.  At least, for a little bit.

He asks if I have papers, or came in the same way he did.  He looks wistful when I tell him I am only here visiting.

We sit in silence for a while.

“Listen,” he begins to speak again, “can you work a cash register?  There are a few places in Merloss that have jobs going.  You might want to check them out.”

He wants to help.  There are opportunities here, he says, if one knows where to look.

I thank him for his time, and his thoughts.  For telling me his story.

He smiles at me warmly, and wrings his rough, stained hands.  Then, slowly, he rises from the sidewalk.

Like everything else in this city, Rogelio is deceptive in his appearance.

On first sight, his blank stare and unkempt countenance may give off the illusion of defeat, but as he walks away –  pushing his cart full of plastic bottles and cardboard in front of him – Rogelio is unbowed, a hopeful “realist” bent on pursuing his dreams.