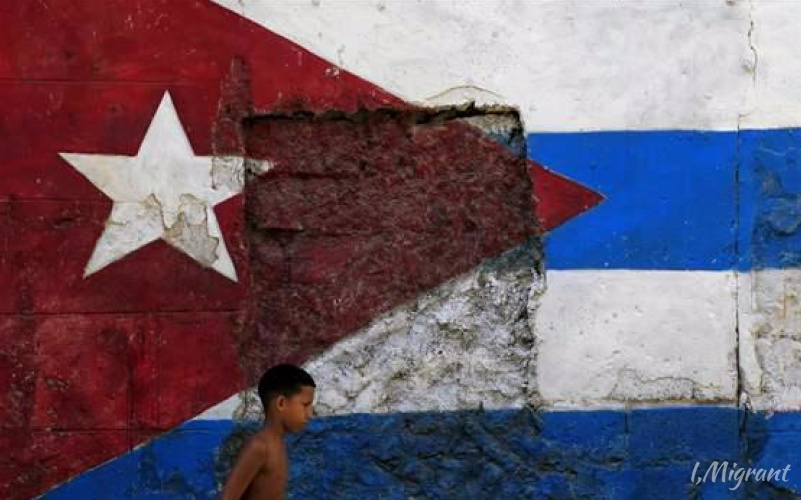 As the child of Cuban exiles, the story of my roots was explained in the past tense, and illustrated in fading black and white family photographs.

I had only the perspective of my parents, and grandparents, to guide my imagination. Their nostalgia became my own.

At home, we spoke Spanish, ate black beans, and children were raised in the peculiar traditions of our culture. If asked at school, my sisters and I were instructed to proudly say we were Cuban, even though we had no legal claim or passport as proof. I first experienced Cuba for myself as a 24-year-old photojournalist, after convincing the boss that my bilingual skills would be helpful in covering the Pan American Games. It was just after the collapse of the Soviet Union, and Cuba was in the midst of severe austerity measures — known on the island as the “Special Period.”

The games were a rare opportunity for an American to get a journalist visa, and a glimpse of what the island was really like.

At that time, “ordinary” Americans were, of course, banned from traveling there. I was told it might be better for me to try and pass as a Puerto Rican.

In Havana, I was warned “Miami Cubans” are associated with murdering terrorists. There are more than 11 million people in Cuba; most live in urban centres like the capital Havana. (Photo: Alfredo de Lara)

Cuba felt gray compared to my hometown of Miami. The crumbling buildings and Orwellian billboards fit the apocalyptic expectations my parents had given me.

Back in Miami, the label “Comunista” was synonymous with heartless evil and murder. The revolutionary rhetoric Cubans comfortably navigated in confirmed the stereotypes.

What my parents did not prepare me for was what lay behind closed doors: these communist Cubans were just like us.

When telling my story, after initial distrust, they were extremely friendly and fairly outspoken, albeit in a hushed voice. They wanted to know all about Miami.  “Ordinary” Cubans were, of course, banned from traveling there.

It seemed the people of both cities couldn’t stop wondering what the other was really like. Twenty-four years later, I find myself covering the same story. Like the politicians and pundits from Miami and Havana, I have made a decent living telling people what it’s like in a place to which they are forbidden to travel. The only difference was, I had actually been there.

On dozens of assignments to both cities, I spoke to high-ranking government officials, critics, dissidents, ordinary citizens, and the heroes of defining battles. All of them seem to refer to themselves as victims of a war.

After years of witnessing so many tragedies on both sides, I, too, am starting to feel like a victim of sorts. Labeled a communist sympathizer by some in Miami, and a potential spy by some in Havana.

I feel like a biblical child claimed by two mothers, and judged by a modern-day King Solomon. Split between two outdated modes of thinking, destined to never fully claim paternity from either side.

The United States normalized diplomatic relations with Cuba in 2015, but things have taken yet another turn.  There are mixed messages out of Washington now that are disheartening many on both sides; the overall tone – aggressive.  If travel and other restrictions are reimposed, it could be devastating for many on the island.

In all this, what role, if any, will my generation play in a future Cuba?

Will being “Cuban-American” become as irrelevant as being “Italian-American,” “Irish-American”, or any other hyphenated American?

Will Jose Marti be my St. Patrick?

Will I ever be able to lend my skills and experience to a generation of Cubans who arguably could use a good dose of hard-nosed American journalism?

How will Cuban-Americans like me finally stand up and demand to play a valid role in the Cuba of tomorrow?

And how can we bridge the gap between our two sides? I found a possible answer to these tough questions in the most peculiar place. A place that, like Cuba, had been torn apart.

The Irish Nationality and Citizenship Act of 2004 granted dual Irish citizenship to U.S.-born children through either one of the parents or grandparents being born Irish.  It helped tap into the entrepreneurial skills that existed among its “lost generations,” in order to help Ireland’s economic recovery.

Widely considered a success, it was also introduced by several E.U. countries as a way to reverse the “brain-drain” caused by the great conflicts of Europe. It officially recognized the hardships of these divided families and how the nations’ youth had been scattered across oceans by circumstances beyond their control.

Will U.S./Cuban dual nationality ever be a reality for the children of Cuba’s “lost generations”? Will we ever be afforded the kind of special recognition Cuban Nationals have been given in the U.S. since 1966, under the Cuban Adjustment Act? Or will we remain scattered across the oceans, along with our dreams for a new U.S.-Cuban reality?

I don’t pretend to be a constitutional lawyer, and in the reflection of Ireland’s mirror I may be seeing only an illusion of hope.

But someday, when I grow up, I want to be Cuban.

Alfredo’s work has been recognized by the Academy of Television Arts & Sciences, and been honored with two of broadcast journalism’s top prizes: the George Foster Peabody, and the Alfred I. Dupont awards.

Alfredo de Lara first published this blog in 2015; it has since been updated.
All photos are courtesy of the author.