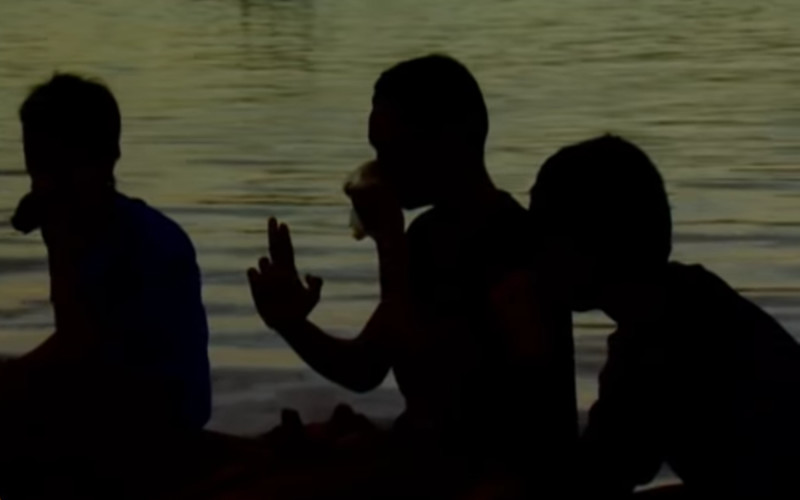 He was newly washed and freshly dressed when we met him.  His clothes – clean and not ill-fitting. Which wasn’t usual by “street” standards.

Smooth-faced but bleary-eyed, he was awkward, too.  Like any young teen might be.  But there was a weariness about him that belied his 14 years.

He kept his head down, and was unable to look us in the face.

What do you mean? I asked the older man-about-town who was serving us our guide: “High,” came the reply.  “He won’t be so high yet — you may still be able to get some coherent answers out of him.”

Son of the Sea

But we didn’t.  The young boy was, well, at least not completely incomprehensible. His replies were short: yes, no, I don’t know.  It wasn’t clear if he was reticent because of shyness or shame. Even his inarticulateness didn’t hide the fact that he seemed deeply ashamed of who he was. Almost like he wasn’t sure he should be occupying any physical space in the world at all.

He didn’t even know his real name.

Everyone just referred to him as “Anak” — the Filipino word for “son”.

All Anak knew for sure was that he was born in Sabah – the Land Below the Wind – so he “guessed” that made him Malaysian.

But he wasn’t. Not really. His parents had come here from the Philippines — either to escape a separatist war, or economic strife — or both.  Again, Anak didn’t know for sure.

And he tried to act like he didn’t care.  But there was a far away, vacant look in his eyes in the few seconds he raised them to look at us. Children in Kampung Pondo, a “floating” village of illegal immigrants across the water from Kota Kinabalu, Sabah.

Like the other parentless boys who now began to mill around us in the dockyard, Anak was flotsam – “sea trash” moving about aimlessly, carried by the waters and the wind. Belonging nowhere, and headed nowhere, too.

Anak was left behind 7 years ago when his parents, illegal immigrants, disappeared. The grown-ups here believe they were likely deported to the Philippines.

Left with little choice, Anak then made the streets of Kota Kinabalu his home.

In the evenings, he hides in the port. Adopted by the yard workers and seafarers, who are just as ‘illegal’ as he is.  They give him food to eat, and a place to sleep.

In the mornings that they are surprised by immigration officers, they jump into the sea, or hide in the bowels of decrepit old boats. They say the immigration guards are loathe to dive into either, so it’s safe for them to hide in.

But Anak has learned to play more than just a constant game of hide-and-seek with Malaysian authorities. To get high – and escape the life he’s trapped in – he’s gone from sniffing glue with his street friends to shabu, or crack cocaine. Because he can afford it now. He’s made money being a sort of drug mule for dealers and other criminals. He’s learned to move up in the underworld to survive.

After all, he says, he has no other dreams. His only goal is to get by another day.

And then, there is Jabil – same age, same existence.  A little less “fortunate” though, as he hasn’t yet managed to make the “powerful” friends Anak has.

Jabil still sniffs only glue. It’s what he has for breakfast, and it gets him through the day. But unlike Anak, it hasn’t numbed him from the pain. Jabil remembers too much. He recalls the difficult trip over from the Southern Philippines with his parents, and he’s angry that they too have now disappeared.

Jabil is angry that they came.

He’s angry that he’s been left behind.

“I don’t know where they are,” he shares.

Then, he doesn’t say anymore.

It is estimated there are hundreds of thousands of stateless, rudderless, children like Anak and Jabil. Flotsam and jetsam. Left behind in Sabah to suffer the costs of their parents’ broken dreams.

Incapable of believing in dreams themselves.

Hundreds of thousands growing up as children of the wind.

*an earlier version was first published by Al Jazeera.