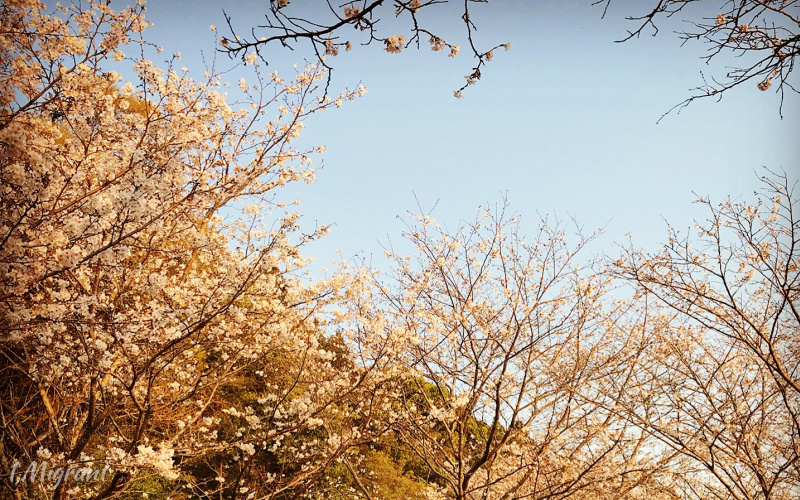 “Security is mostly a superstition.
It does not exist in nature, nor do the children of men as a whole experience it.
Avoiding danger is no safer in the long run than outright exposure.
Life is either a daring adventure, or nothing.”
– Helen Keller –

Hello! My name is Angelina. I am 47 years old.  I’ve been working as a video producer and
photographer for 25 years – an absolutely wonderful and personally rewarding career.

Now, I’m starting a new life in Miyazaki, a small town in the southeastern tip of Kyushu island
in Japan.

Why? The short answer is – “I couldn’t resist another adventure!” I was born and raised in the Philippines. That’s where I started my career in broadcast television.  After two years working in the country’s leading production company for investigative journalism, I set up my own video production company with my partner at the time.  We produced videos for corporate, educational and broadcast use.

We did that for 8 years. In 2004, we moved to San Francisco.  The reason for this move was more personal than professional, for me.  I wanted to try a different lifestyle.  Did I mention my partner’s name was Carol?  Small detail I often left out of conversations.  Growing up in a very conservative Catholic society, I never felt comfortable divulging that bit of information.  I didn’t want to open myself up to judgement, ridicule, or condemnation simply because my partner was a woman.

When we moved to San Francisco, and for the very first time in my life, I felt like I could breathe.  No longer did I have to hide who I was, or avoid gender-specific pronouns when referring to my partner.

I am a queer woman and that’s okay. San Francisco’s famous ‘painted ladies’ – a row of Victorian homes with the city skyline behind it.

My partnership with Carol ended two years after we had moved to San Francisco. I found myself alone, devastated, and lost in a foreign country. After a 13-year relationship, finding myself again and starting over was difficult, to say the least. It was like learning how to walk again.

I couldn’t stay in San Francisco, nor did I want to go back to Manila.  There were just too many memories in both cities for me to move on.

So, I had a discussion with my dearest Ponkan one afternoon (Ponkan: my pug-pomeranian princess) and we decided to start our lives over in Canada. Vancouver, a bustling seaport in Canada’s west coast, is among its densest and most ehtnically-diverse cities.

I was 37 years old when Ponkan and I crossed the border and entered Canada as immigrants.

It was the first time we had ever set foot on Canadian soil.  Canada was as foreign as foreign could be, but it was just what we needed to start fresh.

Canada has been very kind to me. It opened its doors and welcomed a “stranger” with open arms.

In the 10 years that I lived in Vancouver, I found opportunities that allowed me to reinvent myself professionally, so many different ways.

I produced meaningful short films for the disability, queer and visible minority communities. I coordinated cameras for a kids’ television sitcom. I co-managed a political campaign for the 2013  provincial elections.  And most recently, I coordinated an intergenerational project that worked to
connect Deaf seniors with Deaf youth.  Yes, I even learned ASL (American Sign Language).

Canada is my second home. Adventure of the Heart

It was also in Canada, over two years ago, that I found the love of my life. Her name is Stephanie.  She’s an English teacher, and absolutely the most thoughtful, kind, and considerate person you will ever meet.

In January of this year, Stephanie received an offer to teach English at a college in Miyazaki.  This was a wonderful opportunity for her and a huge step up in her career. It was a no-brainer that she would accept the position. And a no-brainer that I would move to Miyazaki with her. Be careful not to miss your train. The next one could be an hour or so away. (A. Cantada)

So that’s the long answer for why I’m here now… writing this story in our new apartment in Miyazaki, on a rainy Saturday morning, hearing my neighbours speak in a language, at the moment, I cannot understand.

What lies ahead is a mystery. For now, my job is to learn the Japanese language so I can fully immerse myself in this community, its culture, and lifestyle. Some intense mental workout. (A. Cantada) Living in the land of ramen. (A. Cantada)

I didn’t plan my life to be a traveller.  It just turned out that way.  And I wouldn’t change a thing. Ponkan. Wherever I go, she goes. (Miyazaki, A. Cantada)

Angelina Cantada is a visual storyteller. Whether it be through her photography, short films, or commissioned video work, her passion is in telling stories that inspire people.

Angelina (or Candy, as she is called by people she grew up with) is currently living in Miyazaki – learning to read, write and speak Japanese – with her partner, Stephanie.