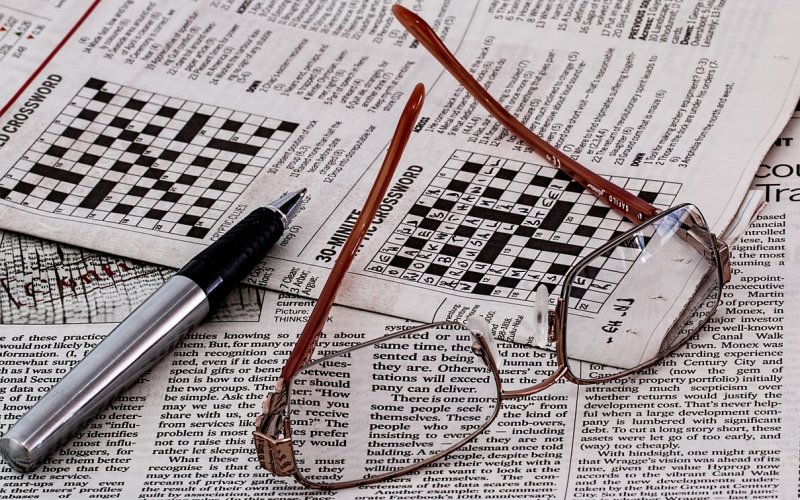 My father did the crossword every evening when he came home from work.  I think solving puzzles helped him wash away the day.

He’d fold the back page of the newspaper and clip it to a board, like meditation – or a prayer.

This was back when people still read the dailies and used clipboards that didn’t run on batteries, or microchips.

We also still used ballpens then.

When he wasn’t playing with words and ink, my father developed a fondness for Tetris.  He played this Russian game for endless hours on a small console.  Smart phones didn’t exist yet – and computers were too bulky to be brought into bed.

He was happiest like that – with his fingers moving hypnotically over tactile things.

Sometimes, he was occupied by more practical puzzles.  Car engines, radios, cameras, refrigerators.  There was nothing he couldn’t take apart and then rebuild.

I learned to play Sudoku at the foot of my father’s bed.   My sister and I slept on the floor of his room as he battled a fatal disease.  Each of us equipped with a pen and a thick digest of the logic-based game.

Each of us busy filtering reality through a grid of combinatorial number placements.

My sister and I approached the same grids very differently – she was more thoughtful and considered, and I was a bit more reckless.

Meanwhile, our father was busy with Tetris.

We each ordered our worlds in whatever way we could. Tetris was one of the many games played on this console.

I cleaned out some boxes today and found those old Sudoku digests.  Ragged and dusty.
Stuffed in forgotten corners and buried pain.

They date back 10 years – to a time when I was learning to wrestle with the truth of mortality.

So I played a numbers game
to order the crumbling universe.

Half the puzzle book is incomplete –
abandoned and cast aside,
unnecessary from the day my father died.

The day I learned that there is no logic, or order to grief.