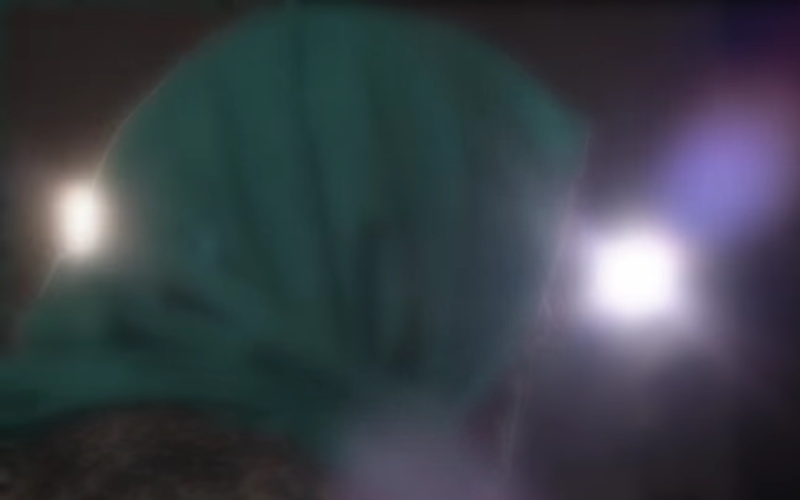 For her, a seemingly simple question was very difficult to answer.

She paused the second I asked: “what should I call you?”  She looked at her companion, then laughed nervously.

“I really don’t know how to answer that,” she said.

“Your name?” I tried again.

“Well, I can’t give you my real name, and I’ve used so many aliases I don’t know which one to give you now….,“ she paused again, clearly going through a long list in her head.

She had agreed to speak to us about a very sensitive issue, we understood her hesitation to be identified.

“Call me anything you want,“ she eventually offered, jovially.

This was the start of several minutes’ worth of me suggesting seemingly ordinary names, and her replying: “well-except-that…I’ve-used-that-one-before” to every suggestion made.

“Myrna” – which is what we settled on – has been working as drug trade “fixer” for nearly twenty years.  She knows a lot of sordid, sensitive details about many powerful personalities in the Philippines who she claims are involved in the illegal trade.

She was careful not to reveal their names, only giving out clues.  “They’d come for me if they knew I was talking,” she confided.

“There is a LOT of money involved,” she said, “and much of it will come into play soon — with the elections next year and all,” she explained.

“Nothing would happen without the money,” Myrna reiterated, “how do you think these people get elected?”

Myrna claimed the biggest drug syndicates in the Philippines have been run by Chinese nationals for decades.  The most popular drug is meth – or shabu, as it’s known locally.

She said that, though the syndicates have set up labs in the country, hundreds of kilos of the drug are also “dropped” by foreign ships along designated coastal areas.  The contraband is then taken to shore by local fishing vessels.

Myrna said this happens every three months or so.

The Philippine coastline is some 36,000 kilometres long — according to Myrna, the syndicates wouldn’t be able to operate at all without connections in “high places.”

Myrna then told one story about a provincial cemetery near Manila that was under armed guard because a local politician stored piles of drugs there.

“You know how its moved around for distribution?” she asked, expecting us to be incredulous – “among other things – in ambulances!”

She went on: “the sirens come on and they get through traffic unstopped – sometimes, even escorted.”

And many of these “people in power,” Myrna added, operate drug syndicates of their own.

“This is why there will never be an end to this – how can there be when the people who are supposed to be cleaning up society are themselves involved in this?”

Myrna said most of the trade’s kingpins have been in jail for years, but they’re still able to run things from behind bars where they live “like royalty, with air-conditioners, flat screen TVs, all the gadgets, and internet.”

According to her, “it’s no different from their lives outside.”

Drug lords only need a cell phone to do business, and prison guards will smuggle these in  for a around $10 USD.  “Easy.”

The authorities are aware, Myrna added; how else would these syndicates be able to function?

“Everyone gets a cut,” she explained.  “Like I said, it’s all about money.  You have that — you can get away with anything.”

As Myrna sees it, she took a bad situation and found a way to make it work for her.

She “fell into” the illegal drug trade through contacts and friends, realising it would earn her more money than if she stuck to a safe, 9-5 desk job.

“It’s for my children,” she explained.  “Through this, I can give them what they want, and the life we lead isn’t one of total hardship.”

According to Myrna, “the job” has allowed her to put her kids through school, and getting an education has given them a better start life than she had.

“They have good jobs,” she said, beaming with pride: “they’re professionals now.”

They know what she does,  but she doesn’t tell them about the dangers she faces.

Myrna believes her role also benefits society.  “I found a way to make the illegal – legal.”

She explained: “I work the syndicates until they trust me enough to get me to the top, and then I turn them in.  Whatever I make on the way there is mine to keep.  The police won’t catch me because I’m helping them out in the end.”

She sat in silence for a few seconds.  “So you see, I’m doing a good thing.”

Myrna said she’ll retire soon – she doesn’t want to risk fortune turning against her.  She’s put money aside, and she’s satisfied that she has done the best she could for her children.

Undeniably smart and wily, Myrna said she feels no guilt, or shame.

“You see,” she said, “money is what makes the world go ’round.  It doesn’t matter where it comes from, or how you got it.”

Near her ­final thought, she took care to phrase her last words properly: “As long as you’ve got money, you can live any way you like, and people will treat you like royalty.  That’s just the way the world works.”

She chuckled, and then stopped: “Sad, isn’t it?”