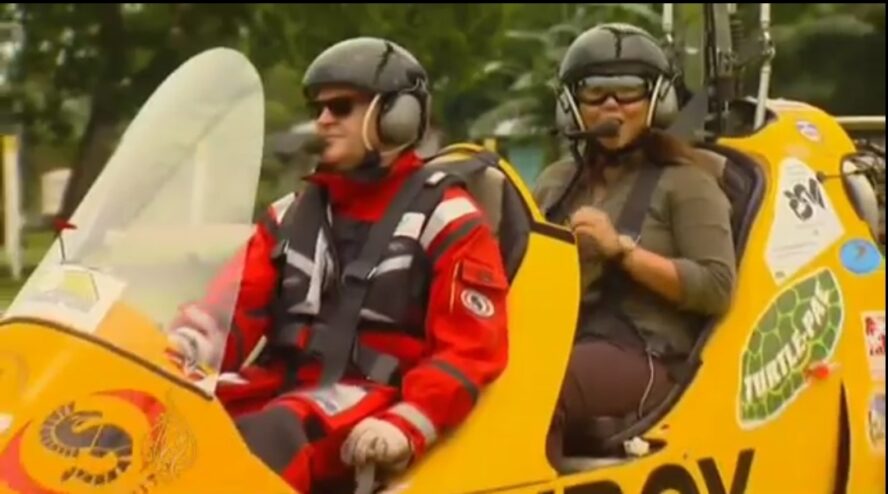 A version of this was originally published on the Al Jazeera English website in July 2011.

I was not having a particularly good day. Frankly, I can’t even recall why now. All I know is that my head was pounding, and I wasn’t sure how long I would be able to stay focused and carry on working.

But we were driving several hours north of Manila to meet a chap named Norman Surplus – it was the only time he had to spare. And boy was I glad he did.

Norman’s energy was infectious from the start. His smile enough to brighten any day. This was clearly a person drunk on life – and rightly so. He was on an extraordinary journey – and we were lucky enough to be there to witness it. 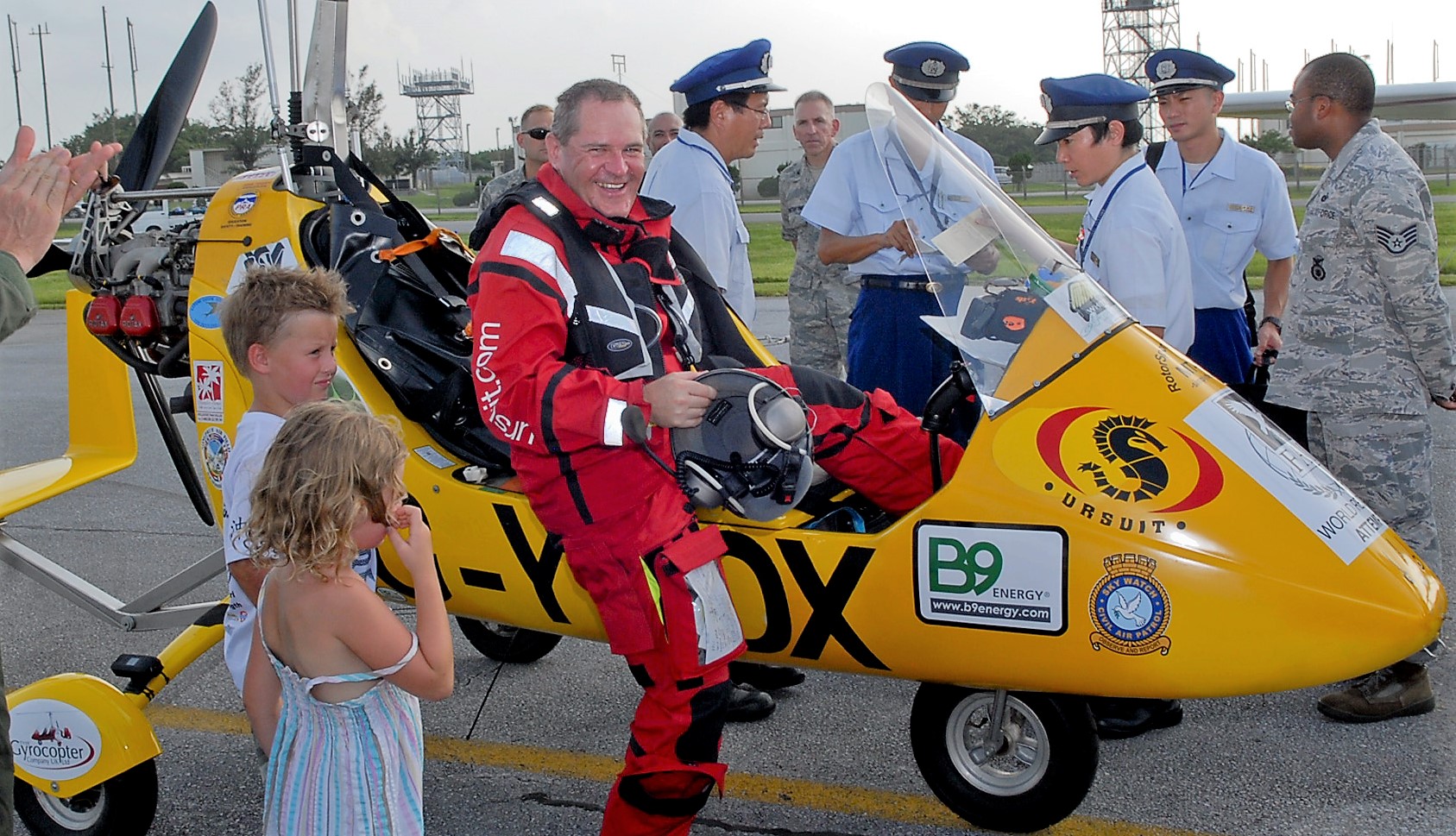 Norman stepping out of his MT-03 autogyro,“Roxy,” after landing at Kadena Air Base, Japan. July 2011. He said the 8.5-hour flight from the Philippines to Kadena “was the longest and most demanding flight of the expedition because it was over water; I only saw two ships during my flight.” (U.S. Air Force photo/ Airman 1st Class Tara A. Williamson)

“I’ve been extremely fortunate,” he began. And the statement meant so much more coming from a man who was told in 2003 that he had a 40% chance of surviving a year with bowel cancer. But survive it he did. And how!

Here he was – 8 years later – flying around the world in an attempt to make aviation history on an odd little machine called the autogryro or gyrocopter. It barely seemed air-worthy. A two-seater aircraft much smaller than a helicopter, it looked like a large mosquito against the bright blue sky.

“The great thing about it is that you fly low enough that you can actually see the people on the ground – and they can see you,” he shared. “It’s such an amazing interpersonal connection, a connection lost in modern aviation – where you’re too high in the sky to see the earth and enclosed in a steel shell.”  The twinkle in his eye like a beacon in the dark.

It had taken him several months in 2010 to get to from Northern Ireland to the Philippines, where he was grounded for a while. There were problems with the weather and issues getting landing rights in onward destinations. It was not the only time he faced such challenges, but he chooses to focus on the positive.

“The best part about this trip is all the wonderful people I’ve met” he said. “They’ve all just been so supportive, it’s like they just want to see me succeed.”

He told us the story of how he had crashed upon take off in Thailand – and an entire village came out to help him. They took care of him and made sure his autogyro was sorted and ready to fly again.
“I don’t know what I would’ve done without them,” he said, remembering. “It was the only time I thought I might have to call it quits,” he added, ”if not for those villagers.”

Then, there was the time he flew over the desert and had to land in places he hadn’t planned on. He was grateful for the hospitality of men from desert tribes – they’d never seen such a peculiar flying spectacle.

You could sit and listen to Norman’s stories for hours, and they all had the same theme: life is good, people more gracious than you’d think, and the world can truly be on your side.

“Sometimes I worry that others might think I’m making light of how serious cancer is – but I’m not. It’s a terrible thing to have, but one can survive it. And there is always hope.” That’s the message Norman wants people to take from his journey, that a positive attitude can do wonders for the soul.

Many have wondered what it is that fuels him on – and that is his answer.

THE GIFT OF FLIGHT

I was lucky enough to get up in the air on the back of his unenclosed gyrocopter, and let me tell you — Migraine? What migraine? — there is nothing like being up in the sky with the wind in your face and the wonders of the earth sprawled just within reach all around you.

Norman’s right, it’s difficult to be up there and not smile.

By the end of his autogyro journey, he would’ve set a world record, but for Norman, that’s secondary to a more primal, personal, triumph – that of meeting life head-on… taking a leap of faith, and believing that, no matter what, you can fly.

About the Author:
Marga Ortigas is a writer and podcaster who has worked for CNN International and Al Jazeera.