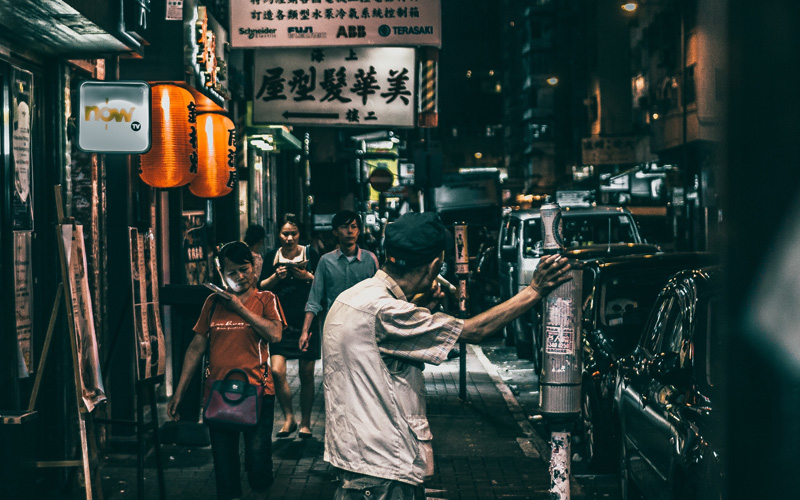 As love affairs go, it could count among the shortest.   Not even an hour into office and already Hong Kongers were clamouring for their newly-inaugurated Chief Executive to resign.  They didn’t vote for him anyway.

Leung Chun-ying, or CY Leung, depending on whether his traditional Chinese name or its western version is being used, was elected by a select committee of 1,200 sector leaders.  Tycoons, professionals, politicians.  Most of them – pro-Beijing elite looking to protect their interests.

But he wasn’t unpopular with ordinary city residents either. Leung personified the “Hong Kong dream”.  From modest beginnings, he burst towards stratospheric heights.  A self-made success story.  The son of a policeman, Leung went on to be educated in the UK, returned to Hong Kong, and became a multi-millionaire property consultant.  At only 34, he found himself the secretary-general of the committee tasked with drafting the city’s post-British constitution after its return to China.  He was indeed “special”, and yet, people felt he was one of them.  That despite his current riches, he understood what it was like to be less privileged.

His ideas were populist too.  He promised to deal with corruption, the widening wealth gap, and solve the housing problems.  All issues close to Hong Kongers’ hearts.

Leung said and did all the right things.  And though they couldn’t elect him directly, people figured he might not be too bad a leader.  He was the local-boy-done-good as opposed to the other candidate who was born into privilege and expected to only perpetuate the “elitist rule” of the few.

At least that’s how it was at the start.

THEY LOVE HIM NOT…

Leung is now commonly called “The Wolf”.  A crafty character.  So politically savvy as to actually make more than a few people uncomfortable.  Leung dealt with every accusation hurled at him during the campaign, and after it, without making it look like he was getting his hands dirty.  Some people thought watching him get out of tight spots was like viewing an artist at work.  But the mud hurled at Leung didn’t always wash off.

Just a week before his inauguration, questions about illegal extensions on his multi-million dollar home were raised.  This hit Hong Kongers right where it hurt.  Many of them have only grown unhappier through the years with their quality of life. One of the main complaints – that they’re having to pay exorbitant amounts for what are smaller-than-shoe-box homes.  Now, here was their shiny new leader – with extensions allegedly added illegally to an already-palatial spread.  One of the people? Not quite.

But even more damaging than that, as far as many Hong Kongers are concerned, is the allegation that Leung is a covert member of mainland China’s ruling Communist Party.  There is nothing more unsavoury for a large number of the city’s 7 million residents.  Leung has denied it, but few believe him.  They see his inauguration as proof of just how much he’s under Beijing’s thumb.

And it didn’t help that Chinese president Hu Jintao was in attendance.

“It looked like something straight out of the mainland”, one Hong Konger said with disdain.  The colours, the flowers, the rigidity, the language, the carefully stage-managed execution of it all.  Many Hong Kongers fear that instead of getting the universal suffrage they were promised by 2017, they might just be one leader closer to full “assimilation” with the dreaded mainland.

It’s an “end” city residents resist.  That of full “reunification” with China.  As far as they are concerned, it would mean the loss of their identity as a “more liberal, more cultured, and better educated” lot.  A local survey released a few days ago even showed that Hong Kongers would rather have Western partners than ones from mainland China precisely because of such preconceptions.  Right, or wrong.

So how will this story end?  Everywhere Leung goes now he is mobbed and jeered.  And Hong Kong is still searching for its hero.