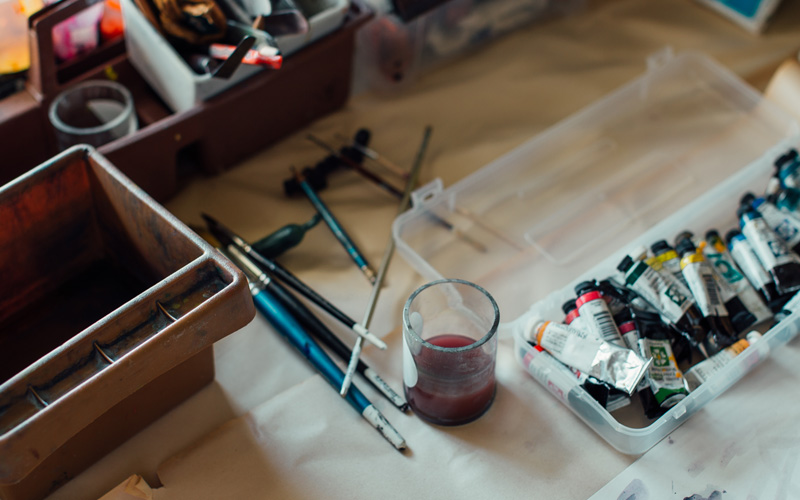 It’s not what you think.

When the late Chinese master painter Zhang Daqian is referred to as “Picasso of the East” – it doesn’t mean he challenged precepts of reality and created a whole new unique style like the Spanish artist Pablo Picasso.  Zhang was actually more traditional.  At least in the beginning.  He painted landscapes in the traditional “guohua” style – with fine brushstrokes and attention to detail, and an emphasis on the beauty of lines and meticulous drawing.  But that’s not all he did.

CK Cheung, the head of the Chinese Painting Department at Sotheby’s, said “he did not stick to a single style throughout his career. He inherited the tradition but at the same time built his own style upon the tradition.”  Considered one of China’s greatest modern artists, Zhang moved into impressionism and expressionism as well.  All along retaining the unique tradition he was trained in.

Zhang died in his eighties in 1983 having built a large body of work.  Now, his pieces are selling for millions of dollars in the art market.  In 2011, the total auction take for his work came to over US$500 million – surpassing Pablo Picasso, the previous top-seller whose record earnings were over US$360M in 2010.

Many of Zhang’s works have been bought by Chinese buyers.  With more money to spend, the Chinese are investing in their own heritage, purchasing pieces by their own artists.  It’s also become a status symbol for them.  As living standards have improved, the Chinese can now afford to put their money into less mundane pursuits.  So much so that they have become major players in the global art scene, almost turning it on its head.  In 2011, China topped the US and had a 39% share of the world revenue for fine art.

“If we use auction as a temperature meter for the art market,” Cheung explained, “Chinese art works have been very outstanding in the market for more than a decade.  Especially in the last 5-6 years, the recognition and price of the Chinese art works have gone so high that they have gained a lot of public attention.”

People might be paying attention now because of the sky-high prices Chinese fine art are fetching, but those in the art scene here hope it’ll be about more than just the money in the  long-run.

“Perhaps for many people, the initial motivation of buyer is just because of hobby and a sense of ownership…”, Cheung says, “but once the buyer moves into the realm of the art world and enjoys the art pieces, the initial thinking may change as time passes.  The buyer eventually becomes a collector…that’s what we want to see the most, and that is an important foundation for maintaining a stable, long- term artwork market.”

In a way, perhaps, Zhang Daqian is indeed the “Picasso of the East”… in that like Picasso, his works have successfully challenged any notions of “reality” – and the shifts in the art market are testament to that.